In its original sense, a bazaar is a public market in which all types of merchandise are sold. The word bazaar comes from the Persian “بازار” or “bāzār“, which in turn derives from the ancient Pahlavi dialect “baha-car“, which means ” the place of prices.”

By extension, in the western world the term bazaar is also used to refer to those stores that sell products of the most varied species.

In its traditional sense, a bazaar is composed of several positions, usually disarmable or traveling, with different products and competitive prices that, in theory, are more accessible than in a common establishment.

In a bazaar, all kinds of products are usually sold, especially those that are incorporated into local traditions and customs.

Some bazaars are particularly focused on crafts, so that they become an ideal space for the promotion of local artisans and the cultural values ​​of the population.

Just as there are permanent bazaars (large public markets), it is also called bazaar to temporary (temporary) markets, which can be occasional or have periodic frequency (weekly, biweekly, monthly or yearly). The duration of this type of bazaars is variable depending on the circumstance: they can cover a single day or several.

Non-permanent bazaars are usually thematic. They can be focused on a popular celebration, an economic opportunity given the high demand for seasonal products. For example, Christmas bazaars, which offer the buyer gifts, food and decoration in a single event.

However, in some countries, bazaars are also organized for charitable purposes, in which raffles are also held and the money collected is handed over to the association that helps and supports a cause.

Bazaar in the eastern world 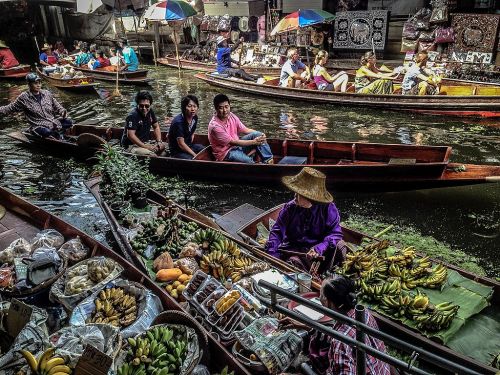 In the eastern world, bazaars or public markets are very important economic and social centers. They constitute, in fact, a focus of power.

These are permanent and are usually a nerve center for the sale of local products of great interest, not only local but also tourist. Local crafts (exotic for the West, such as carpets and other fabrics), as well as spices, food and all kinds of products are for sale.

The following are particularly famous: the Grand Bazaar of Turkey; the Tabriz bazaar in Iran, declared a World Heritage Site by UNESCO; Kashgar’s bazaar in China; Damnoen Saduak floating market in Thailand and the Marrakech market in Morocco.

Despite their similarities, the three terms are different. The word bazaar, as we have said, refers to a public market.

The word base is to base a thing or idea on principles, reasons or bases, for example: the lawyer was based on what was established in the constitution.

Instead, the term vasar is a shelf that stands out from a piece of furniture or wall, usually placed in kitchens or pantries, in order to place rates, plates, glasses, among other kitchen items.